If you have been thinking about making your home smart, with automation and have experienced the frustration of switching apps to perform simple tasks, its time to take a look at Home Assistant.

Home Assistant (HA) has come a long way, since we first looked at it many years ago and has become exponentially better over the past year. To date it has been rock solid and stable as any production system. At the time of writing this blog, the released version is 0.116.4. While setting up and using the system can seem overwhelming, the platform provides a blank canvas that can be customized to your individual needs.

We have been using a home automation system for a decade now. The system has been operating flawlessly and has scaled well over the years, however there are limitations that HA helps to overcome. There a many competing products in the marketplace, and some that no longer exist or changed their business models (e.g. Lowes Iris, Wink). Other larger players in this space are unnecessarily overprices and have subscription fees. Most are cloud based, overpriced, prone to hacking (Ring) and more focused on revenue and selling your data. Security and Internet Service Providers (ISPs) systems are focused on preying on consumer fears and have closed or proprietary systems with high premiums and lack flexibility. The other giants in this space, force you to lock into their ecosystem, which once again requires giving them your security, privacy and data.

Your starting point is here. The simplest, minimal cost approach is to use a virtual machine (VM) and run it on an old or existing computer. In our experience, we immediately saw that we could integrate a few cameras, some Bluetooth devices and an existing zwave controller, into a single platform and obtain some real benefits from automation. However, running the system virtualized had some limitation in our use case.

The next step, was to run HA on a physical device. Choosing a device depends on how much work you expect the system to perform. For most of us a Raspberry PI4, will be more than sufficient to perform the required tasks.

Getting the PI4 running was easy and restoring the backup from the VM meant that any setup was not lost. Initially, we used a slower SD card and later upgraded to a higher performance SD card. Over the past year, there have been significant performance improvements to the platform, which has also helped in providing a user experience, which has less frustration, lag or delays during navigation.

We chose to run InfluxDB to capture data from all Internet of Things (IOT) devices, so that we could monitor and interrogate historical data, trends and issues. Most end users would not require this, however for us, it was important to view historical data for anomalies, e.g why did the battery in the sensor suddenly die. There are a number of other add-ons that we chose to run on the PI4. System and power utilization have been within acceptable parameters for a device that is the size of a deck of cards and provides significant benefits, like Ad blocking for the entire home.

At this point, it is important to mention, that part of the reason that we like HA, is the added benefits of privacy and security, when compared with products that the major technology and security companies have. Your HA system is run inside your home and the data is not stored in the cloud, where hackers can, and will get access to it. It’s not a question of if, but when.

“Major’ updates are released monthly, with minor update in the days following. You can choose to update as often as they are released or wait few days in the event of any new bugs being discovered and resolved. The release notes are comprehensive and transparent, with user feedback.

Accessing the system remotely can be done though the optional Home Assistant could service. In our situation, we chose to opt for running a VPN server on the home router for remote access.

The community and forums are extremely helpful, should you run into any issues or looking for ideas and feedback. There are some amazing smart people that are willing to share their ideas, feedback and assistance.

What could be better

Official SSD boot support. SD cards are known to fail and SSD’s provide better performance. Lack of support has been partly due to the delays in the Rasberry team releasing support for the bootloader feature. HA has released a beta that does support SSD, however we plan to wait for an official version.

Automations for a smart home

Learn more about our use of Smart Homes, IoT and Automation. 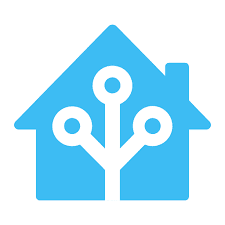